If I hadn't already packed my camera...

...I'd show the best parts of the weekend:

lightning struck meagan at 1:15 AM 3 comments:

I don't really watch TV over here, but on the rare occasion that I do, I have to say the commercials are one of my favorite parts. I anticipate them in the same way I anticipate trailers at the movies. You might even say it's like watching Super Bowl commercials ALL THE TIME.

lightning struck meagan at 7:10 AM 6 comments:

In August 2005, the Royal Mint held a competition to design a new look for British currency. Over 4000 entries were submitted and Matthew Dent was chosen as the winner. His design premiered in April 2008 and is a very modern tribute to tradition as it turn the various denominations of coins into puzzle pieces that fit together to form the Royal Arms, with the pound coin displaying the full design: I rate the design to be a "very" on the coolness scale. (Mostly due to the fact that I feel compelled to collect all the pieces in a way that I never was with the US state quarters collection craze.)

However, I rate the project in general a FAIL and I'll tell you why. On the opposite side of each coin is an image of the queen. The queen was also pictured on the last several currency designs as featuring the monarch has been a tradition for centuries. Here is what has been on the coins for the last several years: 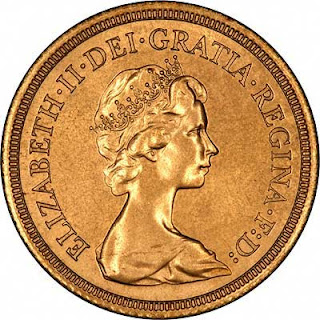 But as part of the facelift, and to commemorate her over fifty years' reign, a new image of the queen was produced and dstributed: 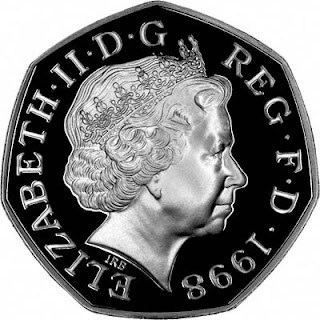 I just don't see how the inclusion of a double chin is an appropriate way to commemorate Elizabeth's long reign, or that it in any way, shape, or form fits the definition of a facelift...

pictures on this blog are from the wonderful world of google images. unless they're especially awesome, then they're probably mine.